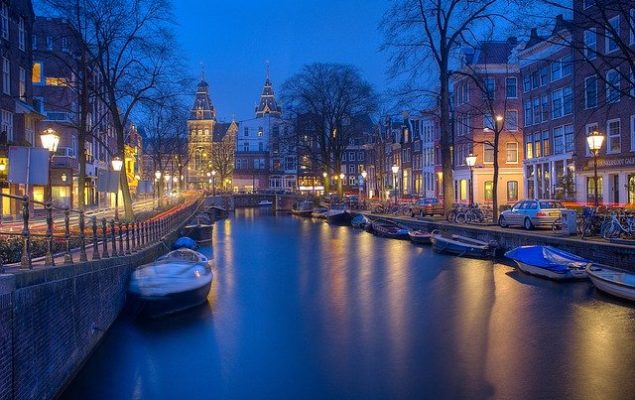 Amsterdam, the capital of the Netherlands and one of the most open cities in the world. Amsterdam is famous for its canals and a free approach to life. You will also find many museums and other cultural facilities here. The city is full of history. Walking around the city center, we come across a facade of a historic building or another trace of the medieval history of the city – Amsterdam online 24/7

Not everyone is aware that this is not in Amsterdam – and in the nearby The Hague there are government and royal headquarters as well as institutions of other countries.

The historic center of Amsterdam is fully accessible on foot. And this form of visiting the capital of the Netherlands seems to be the most pleasant. If you plan to visit only on your own legs, it is good to familiarize yourself well with the topography of the city and at least a few bridges, so you won’t waste time looking for the transition to the other side of the canal.

GVB is responsible for public transport in Amsterdam. We can move around the historical center by trams and buses, and then we will go, among others underground. We get on buses in front, on trams with a specially separated entrance.

In Amsterdam, we can buy single or time tickets, or use the OV-chipkaart prepaid card.

When is the best time to visit Amsterdam?

The best months to visit Amsterdam seem to be April and May. It is already warm then, we can visit the famous Keukenhof tulip garden and it is not so crowded yet. The exception is King’s Day (Koningsdag), which is the nationwide celebration of the birth of the Dutch ruler.

In 2018, King’s Day will take place on April 27. Everyone on this day is dressed in orange and the streets are filled with residents and events throughout the country. Amsterdam looks magical on this day, although it is difficult to fit even a pin in crowded streets.

In June, the number of tourists begins to increase, culminating in July and August. The historical center of the city is relatively small and crowds can be hard to bear. And the prices of everything are the highest during this period. In addition, the weather during the holidays may not be very pleasant – as a rule, these are hot days interspersed with heavy rainfall.

September and October are fewer tourists and slow weather deterioration. If we care primarily about museums and cultural facilities, we can consider coming in the winter. Hotels will be cheaper, attractions less crowded, and the city will have its melancholic atmosphere.

How much time do you spend exploring Amsterdam?

Amsterdam is one of those cities that you can visit for a moment or spend two weeks here. It all depends on the attractions that we would like to see or visit. If you do not plan to go anywhere – in 2 days we can walk the entire historical center of the city and have fun. However, if you plan to visit the most important museums and attractions – you should plan at least 4-5 days to visit.
Sightseeing Amsterdam

From a tourist’s perspective, Amsterdam is a pleasant and simple city to explore. Most attractions are located within the historical city center or in its vicinity.

If we come to Amsterdam using public transport, we are likely to end up at Amsterdam Central Station. This neo-Gothic building is one of the most interesting examples of train stations in Europe and by the way is located almost in the heart of the city.

Trams and the metro leave from the station. There are bus platforms on the upper level of the station.

Things to do in Amsterdam