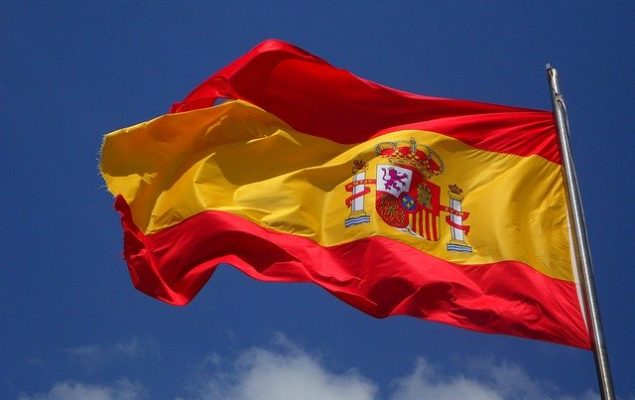 Choosing a place to buy real estate in Spain

This is a very personal matter. Usually, people who write to me know more or less which region of Spain they are interested in. One loves the Canary Islands and the other says only around Malaga. Of course, in addition to personal sympathies, you must also consider real estate prices – are they adequate to our financial capabilities?

Urban plans for the area

Last year I was in the small Spanish town of Salobreña, located south of Granada, on the Costa Tropical (the name is very accurate – apparently it is the only place in Spain where mangoes and avocados are grown!). The town is really beautiful, calm and clean, recommendable.

Little problem? A friend who lives there told us that the large coastal areas next to the beach were grubbed up, sold and that apartments would be built there. Well? Wrong? As for who – our friend was desperate, before her eyes the town loses its charm, with the appearance of more buildings that will be a flat or holiday accommodation for crowds of tourists. Of course, the beach will no longer be the same. It is worth remembering if we want to buy property in some charming place. Will it be the same place in a year, two or five? No one is a fairy, but maybe there are already some plans for land development that can be consulted in the appropriate unit of the city hall, so that you do not have surprises afterwards – properties Spain

I wrote about it before, but maybe you didn’t remember. In Spain, the number of rooms is given excluding the living room. If you see an announcement that the apartment is 3-room, it means that it will have 3 rooms plus a living room.

It is also worth noting that the bedrooms / rooms in Spanish apartments are usually quite small, they only serve to insert beds and wardrobes, not much more. We in Madrid managed to find a flat with a smaller living room, but with a large bedroom, which also serves as a workplace when I work from home – it easily fits a bed and a large desk and several other furniture.

Many apartments in Spain are built to protect from the sun. Literally and figuratively: many rooms overlook the so-called patio (“interior” or with an internal view, often in buildings resembling wells). If such a room is at the very bottom of the “well”, that is on the first floor, and the building has several floors, I assure you that the amount of sun that reaches this room is small. Sometimes you even have to turn on the light even during the day.

Therefore, if you are looking at flats for sale, I advise you to do it during the day, and if in some rooms the blinds on the windows will be obstructed, I advise you to raise them to check how much sun is reaching inside.

I don’t know how it is in other countries, but in many Spanish cities it is extremely difficult to find a place to park. Think about it, will you move the car? Will you have guests? Even if you don’t, a parking space is always an additional advantage if you want to sell or rent an apartment.

How many people will scroll under the windows?

Our chosen and dreamed seaside apartment may seem like a paradise on earth, for example in spring or autumn. In the summer, however, it can turn into a hot cubicle (another point to check: is there air conditioning? For opponents of air-conditioning in the apartment, I will add that since I live in an apartment with air conditioning, my mood in the summer is much better, and the air conditioning does not have to be turned on all the time day and night, we can freely adjust whether we want to cool or not), in which the noise level will exceed the allowed norms for 20 hours a day … Especially if the windows of the apartment overlook a street with several bars, open until late at night.

It seems to me that it is worth checking whether our flat is an oasis of peace (if that’s what we are looking for) during the high season, because it may turn out to be a place in summer that is impossible to bear. Spaniards are very loud, and tourists often put their brakes on, they do not worry about the inhabitants of the cities in which they relax.

Is this a vacation rental?

If you want to buy a property in Spain and then rent it, you should also think about what tourists can look for. It may turn out that something else needs a person living permanently in the apartment, and something else someone who comes to the Spanish beach for a week and expects proximity to the center and to the bars mentioned in the previous point. Think about what functions a given property should fulfill.

The price of an apartment is not the only cost …

What are the fixed fees associated with owning an apartment? Rent? Taxes (on real estate, for example! If you own a flat in Spain, you will definitely have to pay tax in that country!).

You need to know exactly how much it will cost us to buy an apartment in Spain. It is not only about its price, but also about additional costs, notary and tax. More information HERE.

We must remember that as a person buying an apartment in Spain, we must have a Spanish foreigner’s identification number, the so-called NO (Número de identidad de extranjero). If we are interested in buying property in Spain, its receipt should not be a problem (source and some additional information HERE).

The next thing is a document that is very important, and whose existence I only learned from the blog Spain Consulting: cedula de habitabilidad. There is nothing to think about buying a property that does not have it! Link HERE.

There is one more thing that can be a hiccup after some time after buying a property, namely the tax on its purchase, it is about real estate that was purchased below their value. This is a very important matter.

Cottage or apartment in Spain?

In Poland, detached houses are definitely more popular than in Spain. And we are not dealing with the problem of wild tenants who illegally occupy a flat. Yes, there are such things in Spain, it is shocking and not so easy to do, all the more if the owner of the property does not live in Spain permanently.