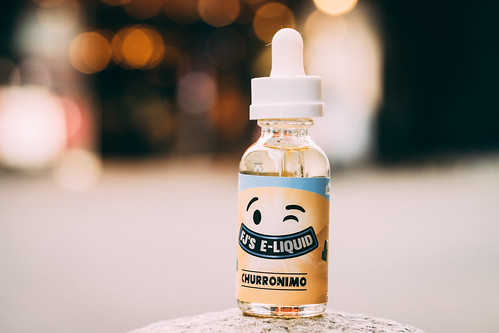 Researchers at the Roswell Park Cancer Institute have shown that many e-cigarettes have a much worse effect on health than ‘traditional’ cigarettes. Cherry flavor e-cigarettes turned out to be the most dangerous.

Analysis of 145 different types of e-cigarettes has shown that users of many of them may be exposed to the harmful chemical – benzaldehyde. The results of the analysis were published in the magazine Thorax vape marketplace.

Research team led by a Pole – dr. Maciej Goniewicz from the Roswell Park Cancer Institute in Buffalo (USA) has found that vapors from many types of flavor e-cigarette cartridges have a high concentration of benzaldehyde irritating to the respiratory tract. The highest level was found in cherry flavored products.

Benzaldehyde is an organic chemical compound used to make dyes or fragrances, which are then used in the cosmetics and food industries. Although it appears to be safe in contact with skin and after ingestion, it has been repeatedly shown to cause respiratory irritation in humans and animals. Heated and / or inhaled has an adverse effect on the body.

Dr Goniewicz, together with colleagues from the Institute of Occupational Medicine and Environmental Health in Sosnowiec and the Medical University of Silesia in Katowice, measured the content of benzaldehyde in 145 various nicotine flavored flavor cartridges for e-cigarettes and calculated the daily exposure of users to this substance.

It turned out that benzaldehyde was present in the vapors from 108 of the tested products (74 percent), with the strongest concentration – up to 43 times higher than in other cases – was found in the cherry flavored cartridges.

– Our analysis reveals one very important issue: e-cigarettes have an impact on health – says Dr. Goniewicz. – Therefore, when conducting interviews, doctors should ask their patients not only if they smoke traditional cigarettes, but also whether they use e-cigarettes, especially those that taste, and warn them of possible side effects. Users of these types of devices should also be aware that some of them may have a more negative impact on them than others.

– If you notice any irritation, frequent coughing, pain or scratching in the throat, and at the same time use e-cigarettes, look at these symptoms more carefully and consider switching to other refills, with different flavors and aromas – advises the scientist. – It is also important to remember all such situations and be able to combine them with symptoms when they occur.