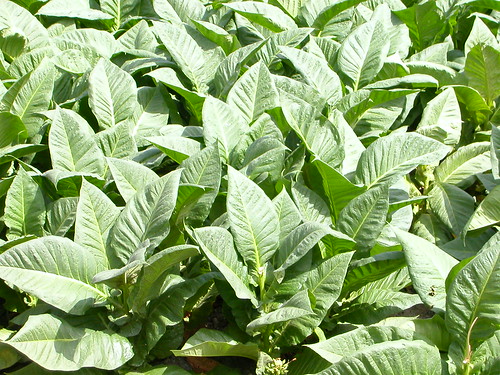 Why, despite very well documented knowledge about the harmful effects of tobacco on the health of smokers and people from their surroundings who are exposed to tobacco smoke inhalation, despite the awareness of its adverse effects on interpersonal relationships and other spheres of human functioning, the use of this drug is still so common ?

This situation is primarily due to the strong addictive properties of tobacco, and the road to stop smoking requires the addict to work consistently to change his habits. Scientific data, however, allow you to look at the solution to the problem with a certain amount of optimism, because first of all, people exposed to tobacco smoke are not all addicted, and secondly, smoking is a behavior that can be completely eliminated from life, contributing not only to improve the health of smokers but those around them. Chewing tobacco: snus

In the years 2009–2010 a Global Adult Tobacco Survey was conducted among adults regarding tobacco smoking in Poland. His results showed that almost 9 million adults, including 5.2 million men and 3.5 million women, regularly smoke tobacco. In the case of men, it was on average 18 cigarettes a day, and women – 16 pieces.

In the last dozen or so years a downward trend has been recorded in Poland, however, compared to the countries of Western Europe, the number of addicts is still large. The percentage of smoking men is still decreasing, but unfortunately no such trend is observed among smoking women. When analyzing epidemiological data on this phenomenon, it is impossible to ignore children and adolescents, because most people start smoking during childhood and adolescence. Tobacco initiation in Poland applies even to five-year-olds, and 70% of children under the age of 12 admit to having contact with tobacco.

This percentage gradually increases with age. The results of studies involving high school youth indicate that 25% of girls and 21% of boys smoke in this group. Regular, daily smoking of cigarettes, which goes beyond the scope of experimentation, mainly affects adolescents of post-secondary age, eventually leading to addiction. There is another group of children called passive smokers. In Poland, around 3 million children are exposed to regular inhalation of tobacco smoke. As much as 30% even before birth was directly exposed to smoke by smoking the mother and it is estimated that an even larger percentage of unborn babies were passive smokers.

In the context of the presented statistics and nationwide anti-tobacco programs, it is surprising that around 800,000 tobacco users are convinced that smoking does not affect the development of serious somatic diseases. According to current medical knowledge, smoking is the primary pathogen for cancer, several dozen cardiological diseases, respiratory system and other organs. Women who smoke during pregnancy are at increased risk of miscarriage and other problems related to reporting pregnancy. In addition, their children are at risk of premature delivery and various diseases, and some of them experience withdrawal symptoms after birth (nicotine craving). For children up to the age of 4, secondhand smoke is the most serious cause of health and life threat, e.g. sudden infant death syndrome.

Contrary to popular belief, the health damage associated with passive smoking is just as serious as those found in active smokers. Research results confirm that non-smoking wives, whose husbands smoke in their company, are twice as likely to suffer from cancer compared to male non-smoking partners.